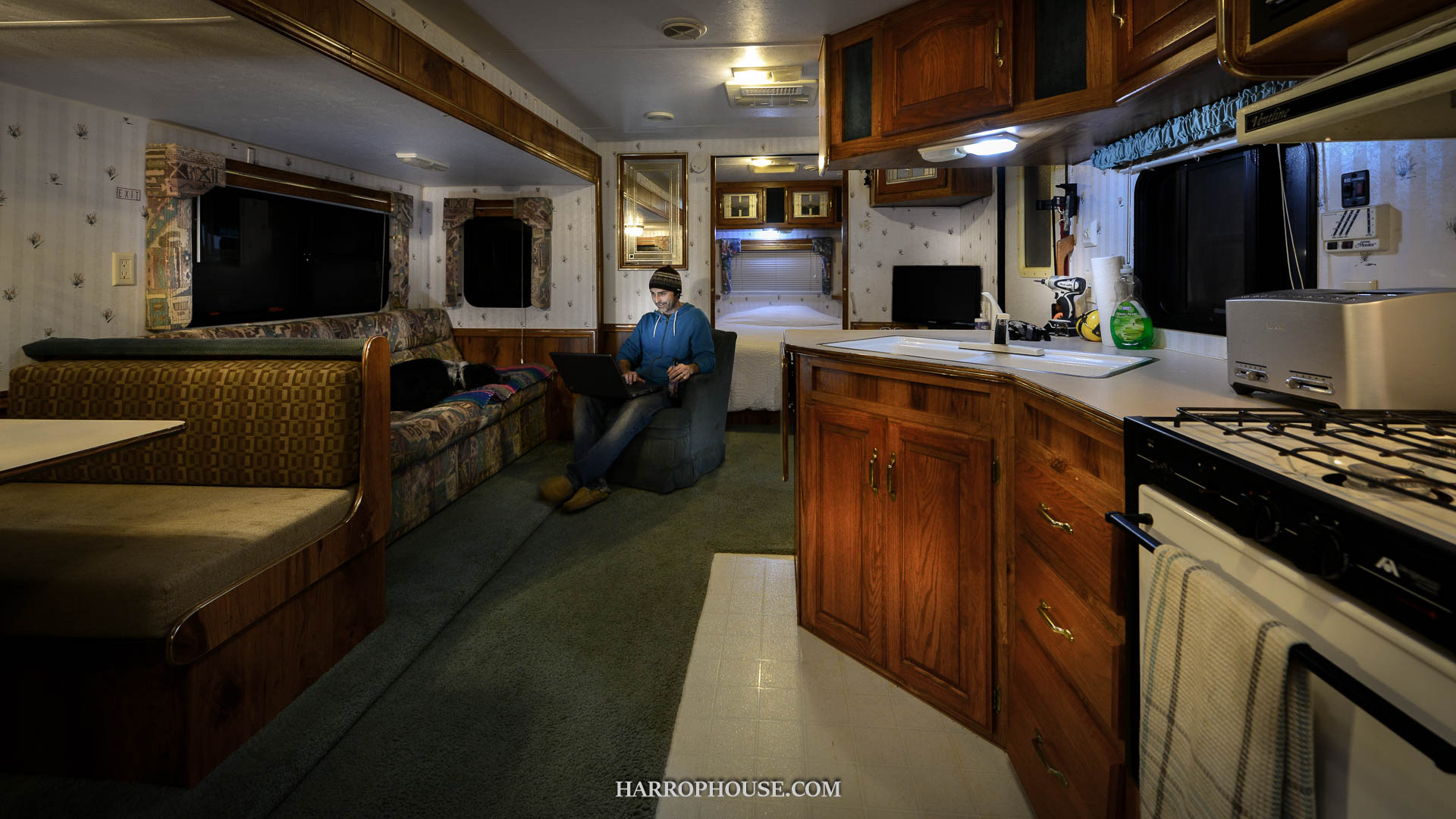 The Saga of the Trailer

A hundred year old farm house with no heat and no insulation is not a great place to live in the winter in Canada.

Easy solution, buy a travel trailer to live in while renovating the old house.

About 6 weeks before closing I started searching for a trailer that would be sensibly affordable, large enough to be comfortable as a 6 month home and in good working condition so I could move right in without having to do any repairs.  After a few hours of Craigslist and Kijiji it seemed that a a budget of about $8000 would get us a 27-30 foot trailer that would fit the bill.  I had already planned to get a pick up truck with a 8000 pound towing capacity, most trailers are less than that dry.  Since I would really only be moving it once I could tow it empty no problem.

After a false start with what at first looked like a sweet, sweet Airstream for $5k, I had to look for other options when it turned out the condition of the Airstream was slightly misrepresented with the omission of the fact that absolutely nothing worked, and it smelled like pee.

After spending an almost obsessive amount of time scouring the interwebs, my lovely wife handed me her tablet with a casual “how about this one”.  She had found what looked to be a perfect specimen.  And while I had been looking mostly in the lower mainland in hopes of playing the numbers of availability, Kristie had found a trailer just 10 minutes from Nelson.

Sheesh!  What a frikin debacle.

Now however, I am finally settling into trailer living quite nicely, I’ve got the heating and cooking an bathrooming and showering figured out.  Now, as I sit on the technicoloured couch and type this, Mikka and I are now comfortable. It took considerable effort to get here.