We have hired a contractor to reinforce the foundation of our Farmhouse renovation.  They will add new piers and beams in the crawlspace to replace some of the rotting 100+ year old logs that are currently supporting the house.  The plan is to basically create a completely new structure that will fully support the house, independent of the existing beams.  That way the old supports can be removed or upgraded in the future without us having to lift the entire house off the foundation.

Naturally, such a significant project requires quite a bit of material.  A truckload of lumber, rebar and cement was scheduled to be delivered on the first day of the contract. The truck arrived and the driver skillfully maneuvered the crane to place the stacks of material exactly where we needed them.  Unfortunately, it wasn’t until after he had reset the crane on the truck that we noticed a deep yellow-green puddle under the engine of the truck. 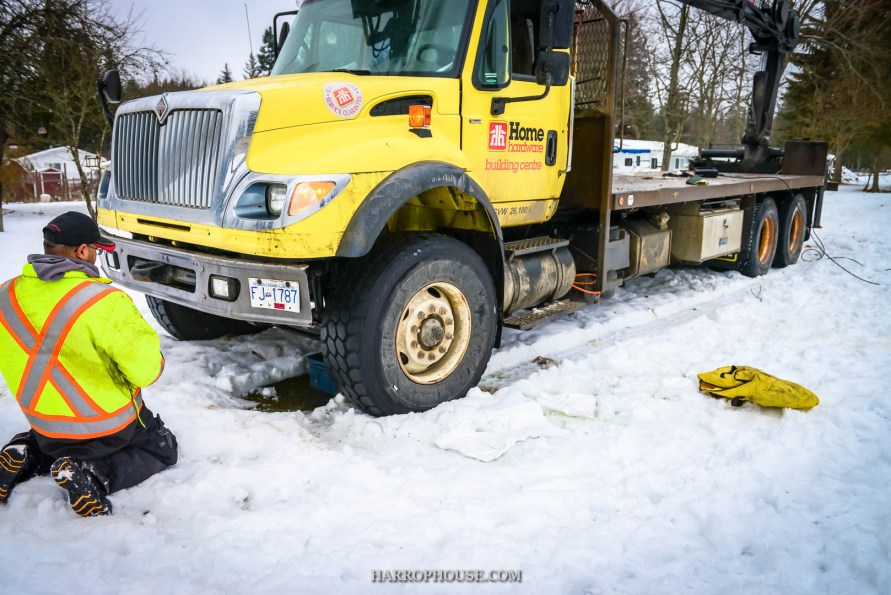 Some under the hood investigation revealed that not only was the fuel pump leaking, but in fact it was spewing diesel fuel at the pace of a fully opened garden hose.  it had taken about 15 minutes to unload the goods, and the puddle of fuel on our front lawn was ankle deep!

The poor driver was having a bad day.  It wasn’t really  his fault, but he was so stressed because as it turned out, he had left the truck running the whole time he was on the little Harrop Ferry. Sure enough, when we redirected our attention to the other side of the lake, the ferry landing was swarming with fire trucks who had responded to clean up the mysterious spill.  The fuel was on the road, on the ferry, in the lake, as well as forming a small petroleum swimming pool on our grass. 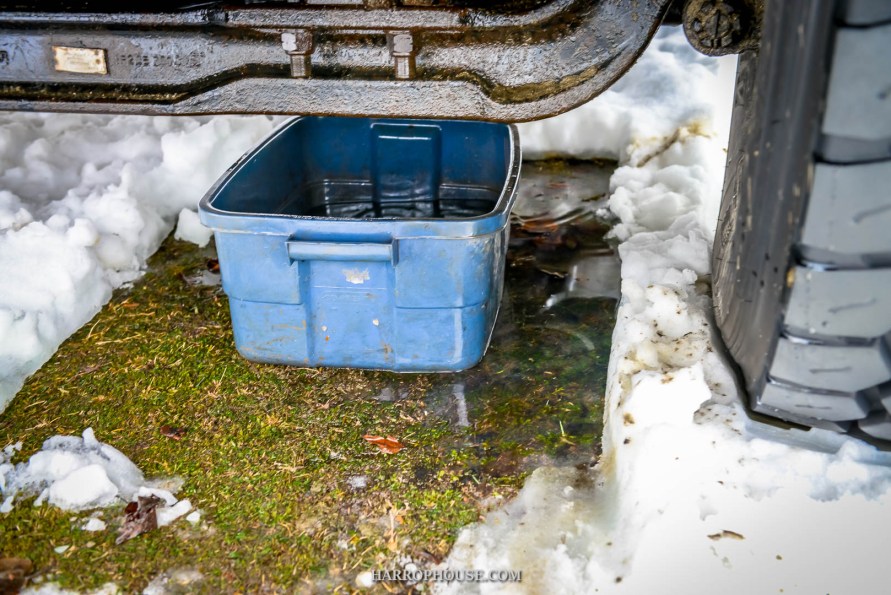 Only 5km before the ferry the driver had filled the truck to its 400 litre capacity.  When we checked the tank, he had lost at least a third of that since the gas station.  We figured about 30l on the road, 30 on the ferry, 30 in the lake and 50l-60l on our lawn. A veritable minor environmental disaster!

I walked on the ferry to go and talked to the Fire Fighters about the proper way to clean up the mess.  We consulted with someone form the minister of the environment, and the company that owns the truck has stepped up to do a proper clean up of the spill.

I felt so bad that having just moved here, on the first day of major renovations we had such a significant set back.  Although it’s not my fault, I feel a bit responsible for a slick of diesel on the pristine lake.

You always expect there will be problems with a renovation, but toxic fuel spill was certainly nothing we had ever imagined! 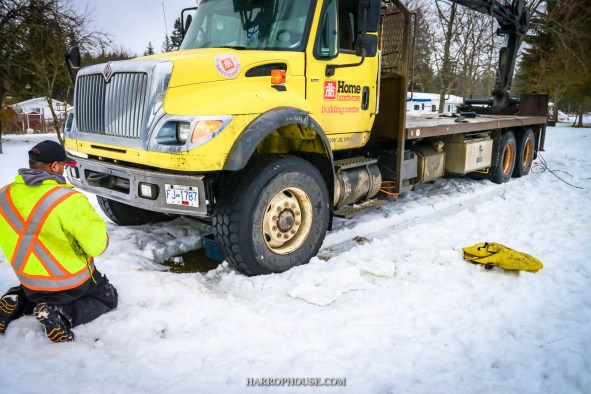 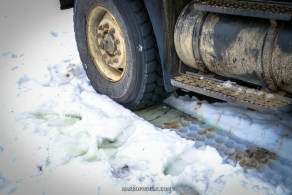 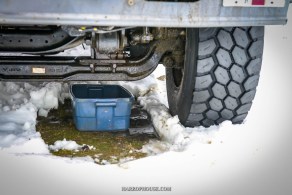 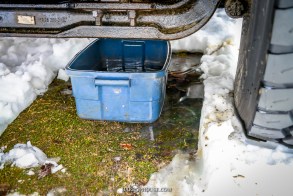 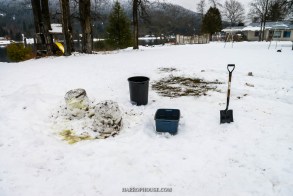 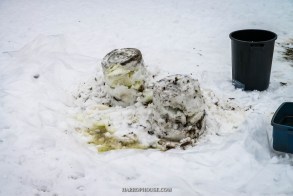 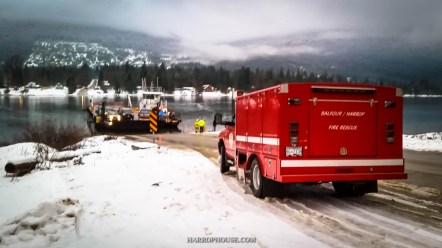 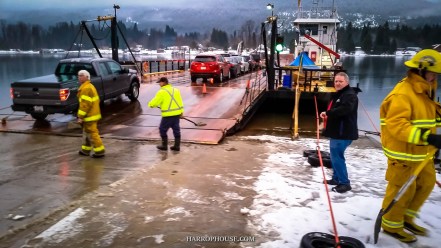 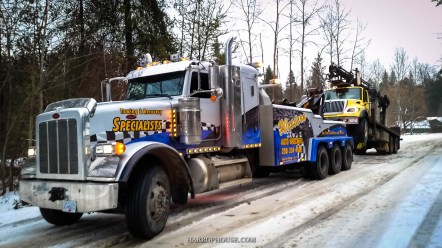 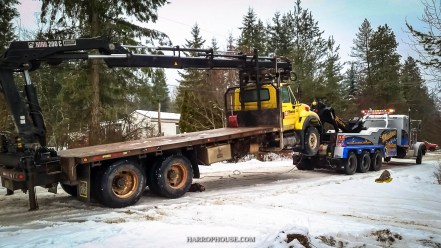 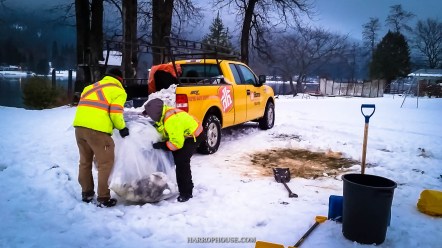 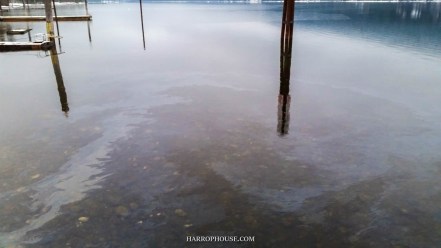 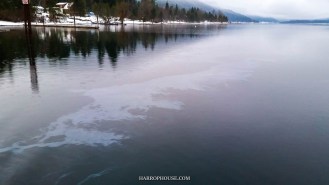